In Lieu of an Introduction

"It occurred to me that the artist might want to draw the insect. Not that, anything but that! I do not wish to restrict him, but I clearly know what’s better for the story. The insect cannot be drawn. It cannot even be shown from afar. This is deliberate and if my request is ridiculous, all the better. Were I to choose which scenes to draw, I might go with the parents and the lawyer standing before the closed door, or even better, the parents and the sister in the lighted room, with the door to the dark adjacent room ajar.”

Franz Kafka, from a 1915 letter to the publisher of The Metamorphosis 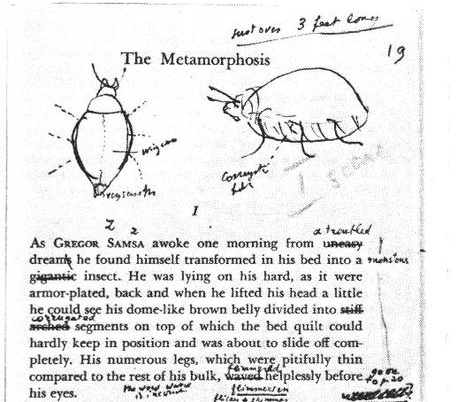 "Now what exactly is the 'vermin' into which poor Gregor, the seedy commercial traveler, is so suddenly transformed? It obviously belongs to the branch of ‘jointed leggers’ (Arthropoda) [...] Next question: what insect? Commentators say cockroach, [yet] Gregor is anything but flat: he is convex on both sides, belly and back, and his legs are small. He approaches a cockroach in only one respect: his coloration is brown. That is all. Apart from this he has a tremendous convex belly divided into segments and a hard rounded back suggestive of wing cases. In beetles these cases conceal flimsy little wings that can be expanded and then may carry the beetle for miles and miles in a blundering flight. Curiously enough, Gregor the beetle never found out that he had wings under the hard covering of his back. (This is a very nice observation on my part to be treasured all your lives. Some Gregors, some Joes and Janes, do not know that they have wings.) Further, he has strong mandibles. He uses these organs to turn the key in a lock while standing erect on his hind legs, on his third pair of legs (a strong little pair), and this gives us the length of his body, which is about three feet long [...] This brown, convex, dog-sized beetle is very broad."


When night comes I stand on the steps and listen The garden swarms with stars as I stand in the dark Oh, hear it clang - a star has fallen! Don’t go out in the grass bare-footed my garden's filled with shards

“What good is a rock hurtling through darkness, one might ask. To me, it's like a dancer on a starlight stage of its own. I'm at peace watching it, safe from having to interrupt its performance with a bullet."

Anastasia lights a hand-rolled cigarette. The clunky lighter that was once a shell casing looks ridiculous in her petite hands.

"Once a hostile voyeur ends my life of covert observation, a new star will join the constellation frozen in grey marble at the Omsk Academy. Yet, the asteroid will continue its graceful glide, for all who loved me, as idol or as comrade, to remember me by." Karen: You ask her!

Karen: You saw it yourself, it's so freaky!

Nao: So just ask her!

Anastasia: Ask me about what?

Anastasia: Oh, this... Anastasia drops the left half of her robe. The gesture is acutely unerotic, borne of years of stripping for medical examinations. Right above her left breast, a burgundy scar curves like a character from alien calligraphy.

Anastasia: We were raiding a Tajik grocer who supplied info about army movements to heroin traffickers. His son popped out of a barrel with a dagger and stuck me pretty good, before Lt. Miroshnikov damn-near decapitated the little sapajou with a kick. If only Sergei was still alive to watch me on stage...

Karen: Did he meet find a heroic death?

Anastasia: He drank himself to death after the last big veterans' reform. After all, if a conflict isn't officially recognized, how could it have possibly left behind disabled warriors in need of compensation?

Karen: I wish I'd never asked.

Nao: I think I need another bath now. 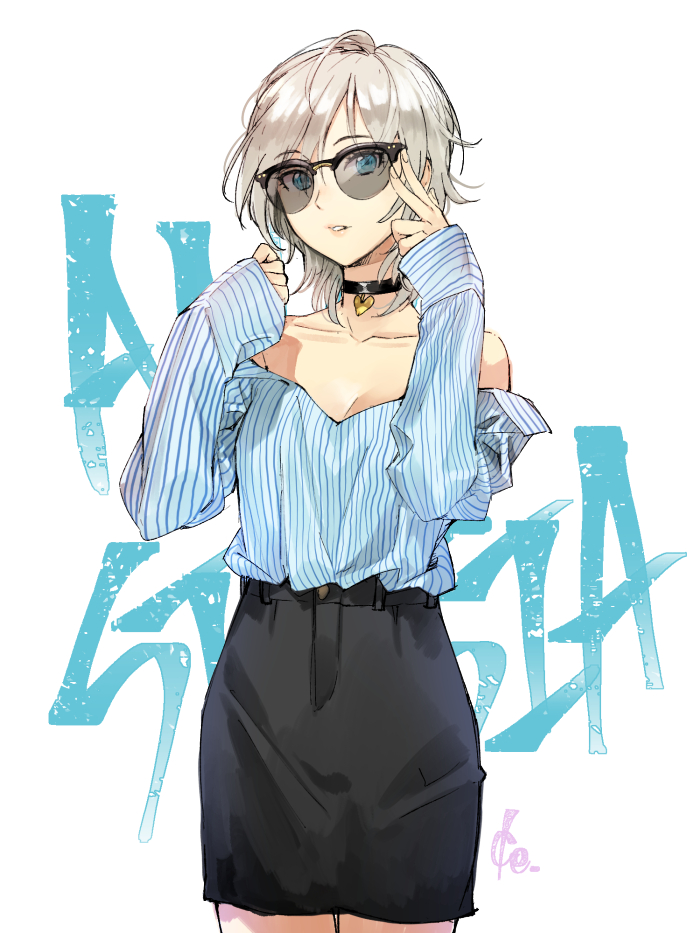 “Did you ever think that there might be two Anastasias?"

"Listen to yourself," Nao sighs, handing her youngest a snack. "You're becoming like Mishiro-san. Is this what you want?"

"I had always looked up to Mishiro-san."

“Nowadays, you're mostly looking down on people."

"I have a duty to perform."

“Does duty have to come at the expense of having a life?"

The Chief, and he’s sloshed.

“Might you still have the address of the neat little izakaya across from a Yodobashi Camera? We've visitors from Fukuoka, and I hear that their Hakata ramen is the--"

The phone goes back into its designated pocket.

"Do you like being tethered to a cattle prod?"

Rin's turn to sigh. She could use an izakaya herself.